This is the title by which the "Gazzetta del Mezzogiorno
6 January 2015
Redazione Peacelink
Source: Traduzione di Marco Schnabl 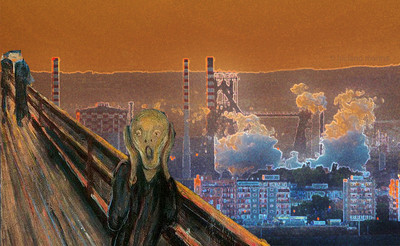 Close
This is the title by which the "Gazzetta del Mezzogiorno" newspaper announced the most disturbing news about the seventh Decree "custom packaged" for ILVA steel factory: which means impunity.

I believe that even in China the government doesn't come to guarantee this. In some countries an acknowledged immunity applies, but obviously not supported by a written law!

The environmental plan envisaged for ILVA by the Decree can go as slow as a turtle: "The plan will be considered as implemented - it says - if by the 31st of July 2015 80% of those prescriptions due by that date are completed". And, despite this, the Decree excludes "any criminal responsibility for the acts performed in the implementation of the plan itself"! Imagine if a truck driver was allowed to drive his vehicle that is in just 80% of its good standing, and in the remaining 20% sub-standard there were, say, the brakes not working.

On 17th October 2014, the Special Commissioner Mr Pietro Gnudi had stated, in response to the European Commission: "The AIA (prescriptions package) that we are implementing, is at 75% of its completion".
Now we discover that to implement the remaining 5% we have to wait until July 31, 2015!

Let aside the unpleasant impression of having been mocked, let's see what the law had time scheduled in October 2012.

About a hundred requirements (for the record there were 96 in the AIA 2012 authorisation) were due by July 2014, except for the cover of the mineral deposits, which was due by 27 October 2015. ( 1 )
So as of today we should see in operation - from coke ovens to the blast furnaces - a model factory equipped with the best available technology. But they told us a story that did not come true . Earlier Environment Minister Mr Clini blamed the judiciary.

"It is worth observing - Mr Clini said - that had it followed the the AIA schedule, today ILVA would be a work in progress. The initiatives taken by the judges after the release of the AIA did not encourage environmental protection and the removal of risk factors for health". ( 2 )

With all the Decrees purposely written to stop the judiciary, now this theory does not work anymore. When it became clear that in reality it was the Riva family (owner of the ILVA plant) who did not want to invest, the factory management moved in the hands of a Commissioner appointed by the Government. Parliament MP Mr . Michele Pelillo solemnly declared on the 8th of June 2013: "If the AIA is not respected or is not enough, at that point, I'll be the first to demonstrate with environmentalists for the closure of the plant". ( 3 )

And today a new law is written to give immunity to those who will manage ILVA. The only hope is that the European Commission will refer this Government to the Court of Justice of the European Union.