Peace and Nonviolence
#UnitedWeStand against the Donald Trump agenda

Protesters against Donald Trump's policies -- from immigration bans to reckless war escalation -- will meet on May 23rd at 7:30pm (19:30) in Piazza Bologna, Rome, during Trump's visit to the Capital. Organized by American expats in Rome, the event -- strictly demonstrative and non violent -- welcomes Italian like-minded participants as well.
18 May 2017
Patrick Boylan

At the end of May, Donald Trump, president of the United States, travels to Saudi Arabia, Israel, Italy, and Belgium.

"These past months, Trump has caused outrage all over the world," say representatives from American Expats for Positive Change (AEPC Italy) and Women's March Rome, "because he is dividing and excluding people; he is denying climate change and intimidating the media; he is phasing out solidarity."

So, in response to Trump's voyage to their geographical areas, like-minded activists in Israel, Italy, and Belgium have organized protests united together for #PositiveChange. 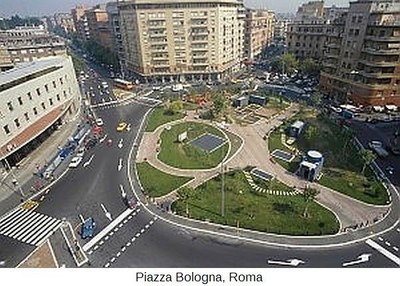 "We cannot keep quiet", say the U.S. expats in Rome, "and invite U.S. Citizens, Italians and all global citizens to come together to make some noise with us."  Peaceful, non violent, but very audible noise, they add.

Piazza Bologna, an unlikely place for such an event, was finally chosen as the venue since it was the public square closest to the American Embassy in Rome -- two and a half miles or 4 kilometers away -- that the local police authorities (Questura) would authorize.