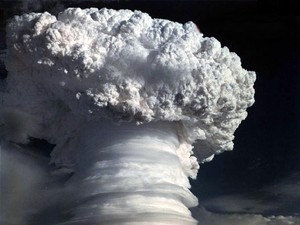 The election of Barack Obama as President of the United States is a great moment for America and the world - a time of celebration and tears. The American people have chosen hope over fear, unity over division. In doing so, we have repudiated policies of violence, lawlessness and closed-door rule. We have restored hope and made possible the restoration of America's credibility in the world.

President-elect Obama has already made many statements about US nuclear policy during his long campaign for the presidency. The one I like best is: "A world without nuclear weapons is profoundly in America's interest and the world's interest. It is our responsibility to make the commitment, and to do the hard work to make this vision a reality. That's what I've done as a Senator and a candidate, and that's what I'll do as President."

Among the specific steps for US leadership that the newly elected President emphasized in his campaign are the following:
lead an international effort to de-emphasize the role of nuclear weapons around the world;
strengthen the Nuclear Non-Proliferation Treaty;
lock down the loose nuclear weapons that are out there right now;
secure all loose nuclear materials within four years;
immediately stand down all nuclear forces to be reduced under the Moscow Treaty and urge Russia to do the same;
seek Russia's agreement to extend essential monitoring and verification provisions of the START I [Strategic Arms Reduction Treaty] before it expires in December 2009;
work with Russia to take US and Russian ballistic missiles off hair-trigger alert;
work with other nuclear powers to reduce global nuclear weapons stockpiles dramatically by the end of his presidency;
stop the development of new nuclear weapons;
seek dramatic reductions in US and Russian stockpiles of nuclear weapons and material;
set a goal to expand the US-Russian ban on intermediate-range missiles so that the agreement is global;
build a bipartisan consensus for ratification of the Comprehensive Test Ban Treaty;
cut investments in unproven missile defense systems; and
not weaponize space.
President-elect Obama has proven himself a man of vision and integrity. For the first time since Presidents Reagan and Gorbachev met at the Reykjavik, Iceland Summit in 1986 and came close to reaching an agreement on abolishing nuclear weapons, the vision of a world free of nuclear weapons appears to be within the realm of possibility. This will require presidential leadership, and the President-elect will need support and encouragement from the American people and from people throughout the world.