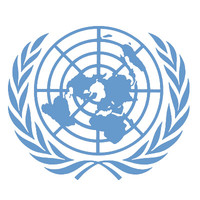 Article 26 - A neglected instrument for sustainable disarmament and sustainable development
Chiudi
Introduction
The United Nations Charter was negotiated by 50 governments and opened for signature in June 1945. Article 26 of the Charter offers evidence of assumptions made about this new institution and how nations united and working together could actually prevent conflict and deliver peace and security, not just talk about it. Article 26 gives the Security Council and the Military Staff Committee the responsibility for creating a plan for regulating armaments and reducing military expenditures, a task it has neglected entirely. The text of Article 26 reads:

In order to promote the establishment and maintenance of international peace and security with the least diversion for armaments of the world's human and economic resources, the Security Council shall be responsible for formulating, with the assistance of the Military Staff Committee referred to in Article 47, plans to be submitted to the Members of the United Nations for the establishment of a system for the regulation of armaments.

Article 26 directly challenges and addresses militarism—the concept that international relations and national security can only be determined through the threat of military force, as well as continuous preparation and readiness for armed conflict. Article 26 demands disarmament and reduced military expenditures as a precondition for increased security, development, and peace. Article 26 places the Security Council at the centre of enforcing disarmament and redirecting resources away from military security and towards human security.

The Military Staff Committee referred to in Article 26 is made up of the military Chiefs of Staffof the permanent members of the Security Council and is charged with advising and assisting the Security Council “on all questions relating to the Security Council’s military requirements for the maintenance of international peace and security, the employment and command of forces placed at its disposal, the regulations of armaments, and possible disarmament.” It stopped functioning after 29 months, in July 1948, rendered defunct by the Cold War and the arms race it institutionalized.

Article 26 was further undermined by the UN Security Council’s presidential statement of 31 January 2002, S/23500. This statement arguably represents an agreement between the permanent members of the Security Council—, , , the , and the —on the post-Cold War world order, in which proliferation of weapons of mass destruction constitutes a threat to international peace and security. The statement tacitly reaffirms the continuation of unchecked militarism and military spending, with the Council committing itself to take “appropriate action” to prevent the proliferation of WMD. While the statement calls on all UN member states to “fulfil their obligations in relation to arms control and disarmament,” it does not mention the Security Council’s own obligation under Article 26.

Instead of creating a plan for the control of armament and the reduction of military spending, the permanent members of the Security Council have engaged in weapons profiteering and arms races. These countries, which collectively spent US$725.2 billion on their own militaries in 2006, benefit the most from arms transfers to developing countries—in 2006, the United States, Russia, and the United Kingdom dominated the arms market in the developing world, with the US accounting for $10.3 billion or 35.8% of such transfers; Russia for $8.1 billion or 28.1%; and the UK for $3.1 billion or 10.8%[1] --and therefore promote rather than regulate or reduce the manufacture and sale of weapons. The UN has not failed to deliver peace and security; powerful UN member states have failed the spirit and letter of the UN Charter. In so doing, they have failed to fulfill a mandate of the UN Charter.

Consequences: over-armament and underdevelopment
The failure to develop a sufficient plan to regulate armaments has undermined the goals of the United Nations and created crises of international, national, and human security, and of sustainable development.

Governments that spend excessive financial, technological, and human resources on their militaries divert resources from economic, social, and environmental programs. The military-industrial-academic complex, composed of a state’s armed forces, the government, suppliers of weapons systems and services (corporations), and academic institutions that conduct research on weapon systems and designs, absorbs vast amounts of funding that could otherwise be spent on human security, including education, health, housing, etc.

Furthermore, funds reserved for development initiatives are increasingly spent on emergency relief and rehabilitation operations to clean up after violent conflict. Armed conflict destroys lives and infrastructure, creating a culture of fear, violence, and instability. This impedes development by upsetting social programs, education, transportation, business, and tourism, which prevents economic stability and sustainable livelihoods. The manufacture and use of weapons also prevents sustainable ecological development and preservation, creating unequal access to resources.

Disarmament and development do not automatically trigger each other: disarmament must be accompanied by efforts to build or rebuild economic, social, and governing structures that foster political participation and social integration and equality, and that transfer resources effectively to the programmes and efforts that require them most. In addition, disarmament does not automatically result in a surplus of resources—the disarmament process can be expensive, and funds freed from a reduction in military spending will not necessarily be immediately plugged into disarmament measures.

However, reducing military expenditures does release funds to be used in other ways, and reducing armaments lowers levels of instability, violence, and death, which creates conditions more conducive to development.

US$163 million pay for:
One Littoral Combat Ship
OR
Sending 6.8 million children to school in for nine years
US$34 billion pays for:
The ’s military personnel and equipment
OR
Universal access to sexual and reproductive health services.
US$1.7 billion pays for:
A year of R&_amp;D and production of unmanned vehicles
OR
Saving the lives of 7.4 million women or infants
in cases of complications during pregnancy or delivery
in low income countries.

The task of disarmament
While the responsibility to implement Article 26 remains with the Security Council and the Military Staff Committee, the General Assembly has assumed the burden of moving forward with disarmament without a formal plan sanctioned by the Security Council—and thus without the full support of its five permanent members, and without a legally-binding resolution to give authority to its actions.

In 1976, the General Assembly, deploring the “meagre achievements” of the development and implementation of truly effective disarmament measures, decided to hold a special session devoted entirely to disarmament in 1978. The goal of the session was to redefine international relations, to end the nuclear and conventional arms race, to curb military spending, and to develop a global, comprehensive strategy for disarmament.

The special session resulted in a Programme of Action that outlined priorities and measures in disarmament to be undertaken “as a matter of urgency with a view to halting and reversing the arms race and to giving the necessary impetus to efforts designed to achieve genuine disarmament leading to general and complete disarmament under effective international control.” The special session also resulted in the revitalization or creation of disarmament machinery to take up the task of implementing its Programme of Action. The final document of the session explains, “The General Assembly has been and should remain the main deliberative organ of the United Nations in the field of disarmament and should make every effort to facilitate the implementation of disarmament measures.”

Unfortunately, these bodies failed to implement the special session’s Programme of Action. While cooperation in these fora has led to certain disarmament measures being successfully deliberated, negotiated, and implemented, the UN Disarmament Commission and First Committee have in recent years largely become showcases to highlight divisions of governmental opinion on matters of disarmament, non-proliferation, and international security. The Conference on Disarmament, which convened a working group on the item “comprehensive programme for disarmament” between 1980 and 1989, has not adopted a programme of work since 1999.

The nuclear Non-Proliferation Treaty (NPT) includes disarmament provisions in its text, both in the preambular and operative paragraphs. The preamble recalls “that the establishment and maintenance of international peace and security are to be promoted with the least diversion for armaments of the world’s human and economic resources,” and Article VI of the Treaty obligates all States Parties of the NPT “to pursue negotiations in good faith on effective measures relating to cessation of the nuclear arms race at an early date and to nuclear disarmament, and on a treaty on general and complete disarmament under strict and effective international control.” Unfortunately, since the 2000 NPT Review Conference, when thirteen practical steps to disarmament were agreed to by all states parties, no progress has been made in implementing these steps, and some states have since argued they are not obligated to implement them.

How to proceed?
The Security Council must deliver: Pressure must be placed on the Security Council to deliver the overdue plans. Civil society needs to emphasize the importance of Article 26 and the failure of the Security Council and Military Staff Committee to comply with their obligations under the UN Charter in whichever fora and media they can. They must vigorously and consistently call for compliance with Article 26. They need to encourage their government representatives—parliamentarians, mayors, foreign ministers, and diplomats—to echo these calls in their spheres of influence. Governments, in turn, need to apply pressure, through their statements in multilateral fora, during bilateral discussions, in their resolutions in the General Assembly. They should not let the military powers of the world silently neglect Article 26, but should instead ostracize those who have prevented it from coming to fruition, just as those states outside of the Ottawa Convention (Mine Ban Treaty) have been ostracized enough to comply with most of the provisions under the Convention despite being non-state parties.

Civil society and governments alike should:


Delegations to the UNGA First Committee on Disarmament and International Security could promote and adopt a resolution containing the above elements. In addition, they could draft a UN Convention or Protocol on implementing Article 26, as the Arms Reduction Coalition has done, calling on all UN member states to make a legally-binding commitment to reducing the diversion for armaments of their state’s human and economic resources by an agreed percentage per year.[2]

However, in any given year, less than a third of UN member states contribute to the Instrument for Reporting Military Expenditures. More states participate in the Register of Conventional Arms; 117 participated in 2005.

While these tools make an effort to enhance transparency in armaments and military expenditures, which is necessary for building confidence between governments, they are no replacement for a formalized plan to reduce armaments and expenditures.

Make the reduction of militarism a global norm: To implement sustained pressure on governments, civil society must be behind the concepts of reduced military spending, disarmament, and human security. Attitudes toward militarism must be changed, through sustained development of a culture of peace, in order to help shift policies and budgets onto different paths. This can be done primarily through education (see the Hague Appeal for Peace and PeaceBoat). Disarmament will require democratic action; citizens need to engage with each other and their elected officials on this issue.

This backgrounder was prepared by Ray Acheson, Reaching Critical Will project associate.