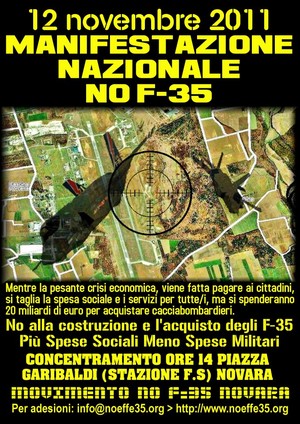 Expert wonders if it's time to put F-35 out of its misery
JSF's Build And Test Was 'Miscalculation,' Adm. Venlet Says; Production Must Slow
Air Force Secretary Agrees JSF Not Ready For Training

Some things have come into sharper focus about the state of the F-35 Joint Strike Fighter program in the wake of both Vice Adm. David Venlet's interview with AOL Defense and a story Monday by Tony Capaccio of Bloomberg News (subscription).

The first is that in almost 10 years of development, and despite a reportedly strong period of successful flight testing, is that the airplanes are apparently still far from ready for even really challenging testing. With 90-plus F-35s of the three variants -- really very different planes -- already built or in production, much, much more development and testing remains and, we know now, re-work too.

The much-touted ability of Lockheed Martin and its key partners to concurrently design, develop and build production aircraft was, to put it kindly, way, way oversold.

Venlet said as much in his interview last week.

"Fundamentally that was a miscalculation," Venlet said. "You'd like to take the keys to your shiny new jet and give it to the fleet with all the capability and all the service life they want. What we're doing is, we're taking the keys to the shiny new jet, giving it to the fleet and saying, 'Give me that jet back in the first year. I've got to go take it up to this depot for a couple of months and tear into it and put in some structural mods, because if I don't, we're not going to be able to fly it more than a couple, three, four, five years.' That's what concurrency is doing to us."

Lockheed, in a statement, disagreed with Venlet and defended concurrent development and production.

Capaccio's story, based on an internal Pentagon document of the kind he has a knack for getting his hands on, shed's a even more light.

In one recent month, apparently October, there were 725 pending design "change requests," according to the Bloomberg piece. “These figures are indicative of the large volume of change on this program and low design maturity,” it said.

The Star-Telegram has recently requested information from the program office on numbers of engineering change orders, and who initiated them, but has yet to get any response.

Bloomberg cited some of the existing problems spotlighted in the Pentagon report, which is being studied by policy makers as they plan how to proceed with the F-35 program.

One of the big problems is with the tail hook arresting gear mechanism on the F-35C that is supposed to bring the planes to a screeching halt in landings aboard Navy carriers.

The tail hook mechanism failed all eight landing attempts in tests and requires significant and, apparently, challenging redesign of the system and perhaps the aircraft structure itself. “If this change is not successful there is risk for significant airframe structures redesign and or impacts to overall” radar signature, the report said.

The U.S. Air Force has apparently also has come to the conclusion it's a little too early to let anyone but its test pilots fly the F-35. InsideDefense.com reports (pay-per-view) that Air Force Secretary Michael Donley has agreed with Director of Operational Testing Michael Gilmore that the F-35 is not ready to begin pilot training at Eglin Air Force Base in Fla.

"The Air Force agreed with Dr. Gilmore that there were still outstanding risks associated with the Joint Strike Fighter flight training at Eglin AFB," according to a summary of a memo Donley sent to Frank Kendall, DOD's acting head of weapons acquisition. "We emphasized that a military flight release (MFR), which would permit flight operations to begin, will not be issued, and subsequently training in [conventional-takeoff-and-landing] aircraft will not commence, until these risks have been accepted or mitigated using established processes."

As with most big defense programs, to paraphrase Texas songwriter Robert Earl Keen, "The road goes on forever" and the debate never ends. Defense critic Winslow Wheeler of the Center for Defense Information said Tuesday "the smart thing to do is put this airplane out of its misery" but doubts DoD has the political will to do that.

But a former U.S. National Security Council staff member and defense consultant Robbin Laird says critics, notably Sen. John McCain, can't see the future from the past and are ignoring the great strides in military capabilities the F-35 will eventually bring to U.S. forces.